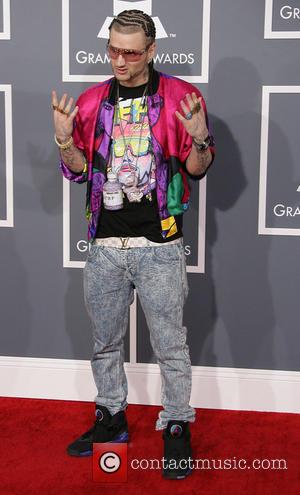 The former reality Tv star, who is signed to producer Diplo's Mad Decent record label, was pulled over by police in Greensboro, North Carolina who decided to conduct a full search of the car after spotting an open container of alcohol.

The search reportedly turned up marijuana, narcotics and drug paraphernalia and Riff Raff, real name Jody Christian, and his two passengers were all taken into custody, reports Tmz.com.

They were booked for the counts and subsequently released without bail.