The director explains why Katherine Waterston was perfect for 'Alien: Covenant'.

When it came to casting a film like 'Alien: Covenant', director Ridley Scott found himself looking outside of the film industry and more towards the world of stage productions. It's there he found Katherine Waterston, whom he decided was just perfect for his female protagonist.

Of course, there were always going to be comparisons drawn from Sigourney Weaver's character Ellen Ripley from the first four movies, but Daniels is by and large a very different role. And that meant finding a very different sort of actress.

'I needed somebody who was physically imposing, tall, athletic and hopefully a good actress. And she's special', Ridley Scott said of Katherine Waterston. 'I think what's interesting, both she and [Billy] Crudup come from the theatre very much so... They weren't theatrical in that sense, but they very much brought to their technique their knowledge and sensitivity theatrically.'

Billy Crudup plays Christopher Oram, the first mate of the Covenant and not necessarily Daniels' greatest ally on the ship. Together they were quite the recipe for success in Ridley's eyes, because they knew how to 'colour' the movie's emotional landscape. 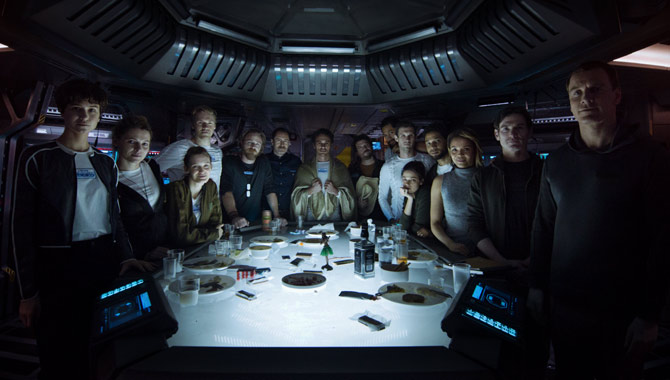 The full cast of 'Alien: Covenant'

While Ridley Scott has been putting all his attention on his latest 'Alien' prequel, he was also announced to direct historical drama 'Battle of Britain' from Matthew Orton's screenplay and crime mystery 'All the Money in the World' starring Mark Wahlberg and Kevin Spacey. He has also been working as a producer on a number of different film projects including 'Murder on the Orient Express', 'Blade Runner 2049', 'The Aftermath' and 'Felt'.