It's also a really scary image.

The stunning new poster for the forthcoming 'Prometheus' sequel entitled 'Alien: The Covenant' has now arrived online, along with a brand new release date that slates the film to come to movie theatres three months earlier than we initially expected. It's like Christmas coming early! 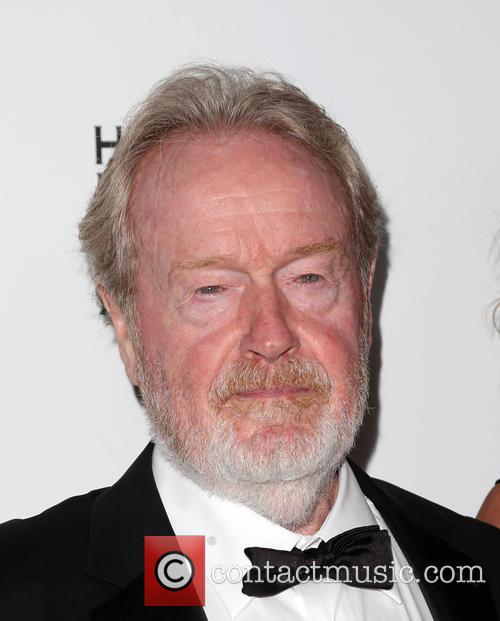 20th Century Fox have unveiled the new promotional banner which comes alongside a simple message: 'Run'. Originally set to be released on August 4th 2017, the release date has now been moved up to May; a fact that has no doubt got Ridley Scott fans extremely excited.

The poster features a close-up face shot of a Xenomorph (naturally, the main creature in the 1979-2007 'Alien' franchise), which was only teased in the 2012 spin-off 'Prometheus'. This time it seems Ridley Scott has taken the series in a much more classic direction, following the other 'Alien' movies - the last of which being 'Aliens vs. Predator: Requiem'.

'Alien: The Covenant' follows on from where 'Prometheus' left off. A new expedition is taking place in the galaxy with the crew of a colony ship named Covenant. They're travelling to a distant planet that they believe holds beauty like nothing they've seen before, only when they arrive they discover a dark world with danger around every corner.

They also bump into David (Michael Fassbender), who you'll remember as the synthetic android that the Weyland Corporation created to monitor space voyages while the human crew were in stasis. He seems to be the only survivor of the tragic Prometheus vessel, but is he everything that he appears to be?

More: Read our review of 'Prometheus'

Michael Fassbender is also the face of the Covenant's new and more advanced robot Walter, and the film introduces a number of other new characters such as crewperson Daniels played by Katherine Waterston ('Fantastic Beasts and Where To Find Them') and the pilot played by Danny McBride ('Vice Principals').

Noomi Rapace is expected to return as Dr. Elizabeth Shaw, though it's unclear whether she'll be a part of the storyline or just a memory. Other new cast members include Demián Bichir, Billy Crudup, Jussie Smollett and Carmen Ejogo.