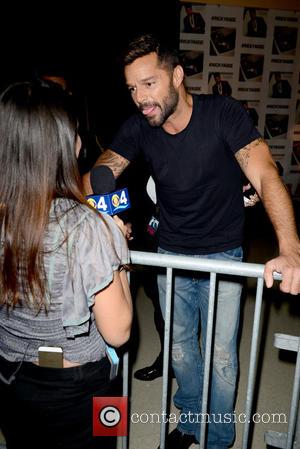 Ricky Martin has signed on as a judge for Simon Cowell's new Tv bid to find the next Latino supergroup.

The singer, who was once part of boy band Menudo, will serve as executive producer and judge on Cowell's new Univision show La Banda - and he'll manage the winning group.

Auditions begin in Los Angeles, Puerto Rico, New York, Miami and Texas next month (Mar15) and the show is set to premiere in September (15).

Confirming his participation in the Tv search for the next great boy band, Martin says, "I am very excited to be a part of this innovative programme, together with Simon Cowell. Our community needs musical projects in order to cultivate its talents, which is why I feel it’s the perfect moment for a show like La Banda.

"There is so much talent to be discovered and I’m sure we’ll find the next musical phenomenon with the help of not only the judges but also the fans."

Cowell adds, "We are on a search for a world class band and we needed a world class judge and that’s why I’m thrilled to announce Ricky Martin as our first judge on La Banda. I know Ricky and he is as excited and passionate as me about the show and I know he’s going to do an amazing job."

Martin is no stranger to judging reality Tv competitions - he has previously served as a coach on singing contest The Voice in Australia, Mexico, and Arabia.