Enrique Martin Morales, better known as Ricky Martin, began his music career in the early nineties, but it was at the back end of the decade that he made a major breakthrough to become a pop icon. He has reportedly sold over 60 million albums and is now wrapping up a world tour with a host of shows across South America. 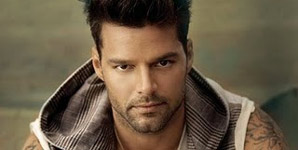 Putting aside any music snobbery about manufactured pop, Martin at his most prominent was responsible for some catchy songs that remain popular. If you doubt this all you need find is a DJ willing to play 'Livin' La Vida Loca' or 'She Bangs' and you'll have a pretty busy dancefloor of wannabe Latinos. Proving that music transcends language, 'Maria' would have a similar affect, but it wasn't just with energetic tunes that Martin succeeded. The ballad with Christina Aguilera, 'Nobody Wants To Be Lonely', wasn't the success that megastar collaborations should be, but it is a decent attempt and he certainly holds his own against the diva. Much better is the swooning 'Come To Me', featuring the beautiful vocal talents of Meja, which is soppy pop at its best. There's no disguising that the more recent works don't get near the quality of his most popular output, but the duet with Joss Stone, 'The Best Thing About Me Is You', is a decent laidback affair. This collection may not catapult him back to superstar status, but it is a reminder of how much you Shake Your Bon-Bon when Martin is played on the radio, even if you would never admit it in public.