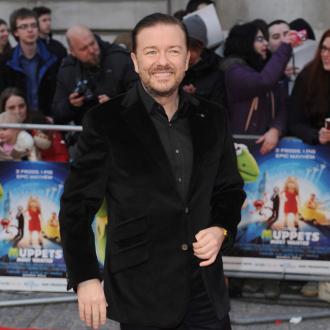 The 53-year-old comedian, who created the hit TV series 'The Office' and 'Extras', has claimed the public's perception of him is driven by his on-screen appearances, which don't necessarily chime with his real-life self.

He shared: ''I suppose the real public Ricky, me out in public is probably shyer, particularly with things being reported and taken the wrong way.''

What's more, the award-winning writer speculated that Oscar Wilde would've been ''trolled'' on Twitter if he was alive today.

Ricky said 'The Picture of Dorian Gray' author would've been ''fun'' to follow on social media had he been alive now.

''He'd have loved it. But then ... if Twitter had been around, I think these famous dead people, their legend wouldn't be intact. They'd be trolled. Just think of that, if trolls were around, if they had Twitter then ... Churchill trying to do a speech, just someone putting him off.''

Meanwhile, the former host of the Golden Globes also offered advice to whoever gets the honour in the years ahead.

He said: ''Be as funny and interesting as you can and don't worry about anyone really. There's nothing in it for them. You know, winning an award isn't really a spectator sport, so I tried to make it one.''