Ricky Gervais' role in 'The Muppets... Again!' was ''tailor-made'' for him according to the film's producer Todd Lieberman. 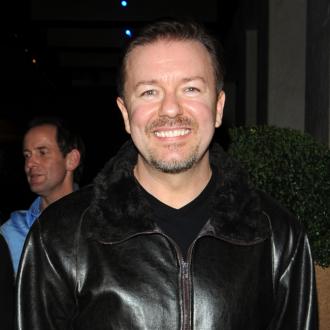 The actor is set to star in the highly anticipated sequel to 2011's 'The Muppets' - taking over the lead role from Jason Segal - and the film's producer and co-writer Todd Lieberman has revealed he was the first and only choice for the part.

He said: ''Ricky plays a character who may not have the best of intentions. He's been tremendous, though. We wrote this character and then realised that the person we have to cast is Ricky. I think people are going to see this character was tailor-made for him.

''Also, he's about as big of a Muppets fan as you can have in the world. He reveres the Muppets like we revere the Muppets!''

The producer - who wrote the film with Nicholas Stoller - explained that the latest film will be a loose sequel to the critically acclaimed 2011 reboot and will concentrate on a whole new story with new characters, rather than bringing back stars Amy Adams and Jason Segal.

He said: ''Jason was one of the big creative forces in the first movie. From the beginning, though, it was our intention to create a whole new story. His story has been finished and concluded and now we're going to do another.''