He echoed some David Brent sentiments in the pre-recorded video message.

There is honestly nothing not to like about Ricky Gervais. He's hilarious, big on animal rights, does loads for charity and - as he proved on his latest 'interview' on 'Jimmy Kimmel Live' - extremely modest. Okay, scratch that last part. Thirteen years on from the premiere of 'The Office', he's still doing a David Brent. 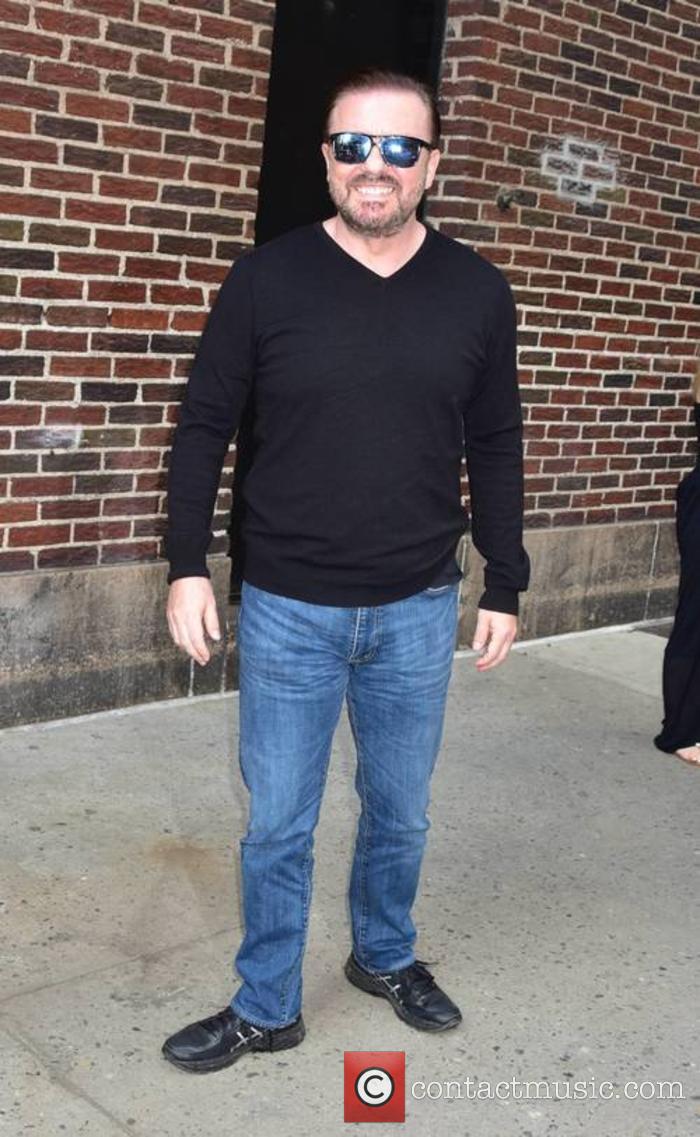 Ricky Gervais outside 'The Late Show with Stephen Colbert'

To promote his new ABC game show 'Child Support', the 56-year-old comedian posted a pre-recorded message to the 'Jimmy Kimmel Live' producers because he wasn't able to be there in person. With it came a series of flattering questions for Jimmy to ask Ricky, in between the pauses of his pre-recorded answers.

'Hi Jimmy, sorry I'm not there in person but, y'know, I can't be bothered', Ricky quipped in the video. 'Just play this tape, read the introduction that I've sent through on the piece of paper and the questions.'

'He is a genius, an absolute legend, creator of 'The Office', 'Extras' and 'Derek'', Jimmy read from the sheet passed to him by a producer. 'He is versatile, he's the best stand-up comedian in the world, his brilliant new show 'Humanity' has just been acquired by Netflix for a ton of cash and I don't blame them. Probably worth twice what they paid him. He's also got a new radio show on SiriusXM which is better than anything I've ever done. I wish I was him, but I'm not him and in fact I'm sort of weird looking.'

After that, the questions included 'How are you so good at stuff?' and 'How long is your-?' which was cut short when Jimmy exclaimed, 'Wait, I'm not asking that!' Ricky allowed time between each question before giving his answer, and it was remarkably good comic timing how it all turned out in the end.

In the clip Jimmy showed fpr 'Child Support', the show seems to be Ricky getting grilled by kids about his personal life. But what it actually is is a show where adult contestants have to answer a series of questions, and turn for help from a panel of five children if they get an answer wrong.