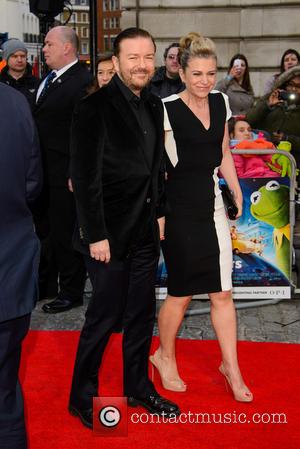 Funnyman Ricky Gervais is set to make his debut at Britain's iconic Glastonbury festival after organisers offered him a spot on the bill with his spoof band Foregone Conclusion.

Gervais thrilled fans last year (13) when he brought back cringeworthy character David Brent from his hit Tv show The Office for several concerts with the band.

Now Gervais has revealed Glastonbury boss Michael Eavis and his daughter Emily have invited the fake group to appear onstage at the event in June (14) and he is on the verge of accepting their offer.

He tells British magazine Event, "I've been offered Glastonbury, which I'm thinking about. Suddenly Brent is like the Rolling Stones!"