Grieving couple Suzi and Ryan Gourley attended the Belfast leg of Gervais' 'Humanity' stand-up tour - but walked out over a joke about a dead baby.

Ricky Gervais has defended the nature of “offensive jokes” in the aftermath of the complaints of a grieving couple who walked out of his current stand-up show over a controversial joke about a dead baby.

Ryan and Suzi Gourley attended the Belfast leg of Gervais’ latest stand-up tour, titled ‘Humanity’, on Tuesday night (March 28th) – but it was the first night out they had had since their son Eli was stillborn in July last year. Shocked at the content of one of the former ‘Office’ star’s jokes, whose punchline was about a dead baby, they got up and walked out of the auditorium at Waterfront Hall in the Northern Irish capital. 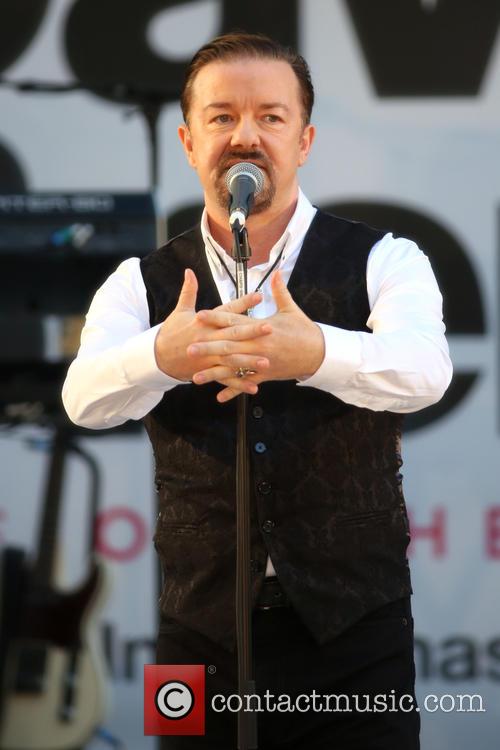 “I know people take things differently and I know our emotions are raw, but why joke about a baby being dead? It’s just wrong,” Mrs Gourley told Belfast Live afterwards. “Some people might read this and think we’re over sensitive and maybe we are - but it’s just not funny.”

More: Ricky Gervais hits out at Twitter generation – “we give way too much away now”

“Jokes about ‘bad things’ don't have to necessarily be ‘pro’ those bad things. Surely, a joke that's ‘anti’ bad things is a good thing, no?” he continued on Thursday morning.

“Basically, offence is about feelings, and feelings are personal. People simply don't like being reminded of bad things. All jokes should be banned in case anyone is offended. Discuss.”

Finally, signing off, Gervais issued a content warning for anybody who had booked to see his new tour. “Warning: My stand up mentions AIDS, cancer, paedophilia, famine, race, terrorism, rape, murder, drugs, death and even food allergies.”

Not an approach that sits well with Mrs Gourley, who said: “I would tell him: ‘Please, please consider your audience’. Bereaved parents are one in four. There’s no way I was the only one sitting there last night that that it didn’t strike a nerve with.”

More: Ricky Gervais gives David Brent one last moment in the spotlight with ‘Life On The Road’