Gervais is back as the host of this year’s Golden Globes and Hollywood has been given an advance warning.

Ricky Gervais will return as host of the Golden Globes this year for the fourth time, but he’s already apologised for what he might say. The British comedian, who last hosted the awards in 2012, took to twitter yesterday to offer his sincere apologies in advance of the January 10th ceremony. 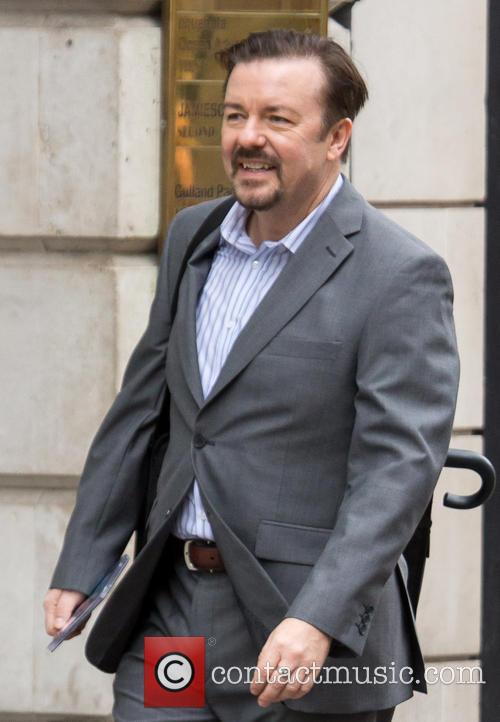 Ricky Gervais has already apologised for this year’s Golden Globes.

"Because I can see the future, I'd like to apologise now for the things I said at next week's Golden Globes. I was drunk & didn't give a fuck,” Gervais tweeted. The comedian is no stranger to rattling celebrity cages when hosting the annual ceremony.

More: Ricky Gervais Teases Fans Of 'The Office' With "A New Dawn”

He first hosted the awards in 2010 and began by saying, "Looking at all the wonderful faces here today reminds me of the great work that's been done this year… by cosmetic surgeons.” He then returned as host in 2011 and 2012, before Tina Fey and Amy Poehler took over for the 2013 and 2014 ceremony.

Writing on his blog in November, after he was confirmed as returning for the 2016 awards, Gervais explained why he decided to take the gig: ‘You may have heard I'm going to host the Golden Globe Awards again. I'm pretty sure it was reported in the press last week. I said "no" when they first approached me, I'm just too busy, but they made me an offer I couldn't refuse.’

‘I don’t mean they threatened to kill me. I just mean they were very persuasive, very charming and very generous. I'm quite looking forward to it now though. I've got myself into that "I never want to do it a again so I've got nothing to lose" state of mind. I hope some people enjoy it as much as I intend to. ‘

Gervais himself is also a Golden Globe winner, having taken home three awards in his career so far, two for 'The Office' and one for 'Extras'. The 54-year-old is currently filming, Life on the Road, a mockumentary featuring his ‘Office’ character David Brent. The film is due for release on August 16th.