David Brent's band Foregone Conclusion will be playing two gigs at Hammersmith Apollo on September 8th and 9th, and a new album and video have been revealed.

Ahead of the release of his much-anticipated new comedy movie David Brent: Life On the Road, Ricky Gervais has announced two live dates for the hapless regional manager’s band Foregone Conclusion, who will play back-to-back nights at the Hammersmith Apollo in September.

The dates, on September 8th and 9th, will tie in with the release of the film, which comes out in Britain on August 19th. Written, produced and directed by the British comedian himself, Life On the Road will document David Brent’s attempts to juggle his new career as a travelling salesman with his rock-star aspirations with his old band, Foregone Conclusion.

The movie will reignite the ‘mockumentary’ format that saw ‘The Office’ become a spectacular success over 15 years ago. 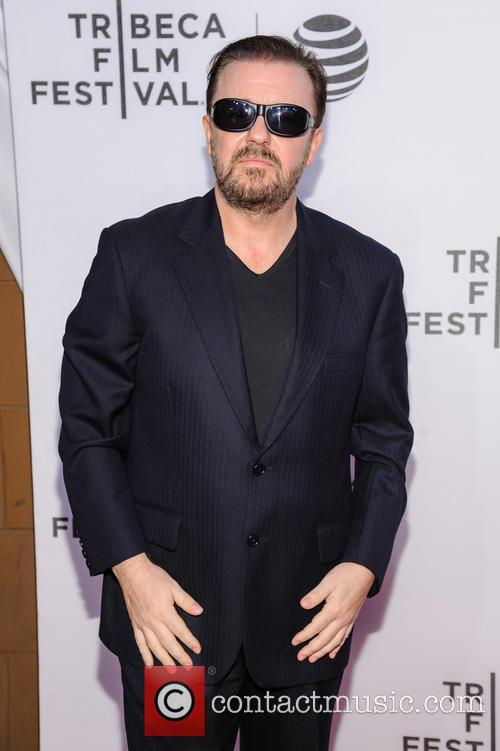 Tickets for the two Hammersmith Apollo shows will go on sale this Saturday (July 2nd) at 10am.

When Gervais revived his David Brent character back in 2013 for a small YouTube series, it met with astonishing success as tickets for a handful of accompanying live dates sold out in under 15 seconds.

Furthermore, Gervais has revealed a music video for Brent’s group’s song ‘Lady Gypsy’, which he described as “sort of Braveheart [fused] with Simon & Garfunkel”.

Showing Brent falling in love with a woman of Romani heritage, the video is everything Brent fans would hope it would be, and more.

As if all this wasn’t enough, confirmation arrived of Gervais’ previously announced plans to record a Foregone Conclusion album to fit in with the movie’s release. Life On the Road, a 15-track record including previously-known classics like ‘Free Love Freeway’ and ‘Equality Street’ as well as some new ones (titles include things like ‘Please Don’t Make Fun of the Disableds’), comes out on the same day as the film itself.

More: Ricky Gervais had “no idea” his friend David Bowie was terminally ill