Funnyman Ricky Gervais And Rocker Brian May Are Celebrating After The British Government's Vote On Relaxing The Country's Fox Hunting Ban Was Postponed. 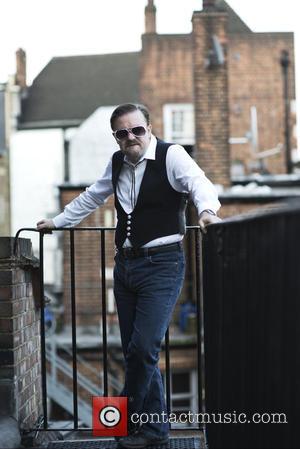 The Office creator and the Queen guitarist led a number of celebrity animal rights campaigners who publicly denounced the proposed alteration of the 2004 Hunting Act, which they feared would effectively repeal the ban in England and Wales.

British politicians were due to vote on the amendment in Parliament on Wednesday (15Jul15) but the ballot was called off on Tuesday (14Jul15) due to a lack of support. It has been postponed to a later date.

Gervais took to Twitter.com to celebrate the news, writing, "The vote on whether to relax the hunting ban has been dropped in the face of probable defeat. Well done. We won."

May was taking part in a protest outside Parliament with animals rights groups, including People for the Ethical Treatment of Animals (PETA), when the news was announced, and he celebrated the vote cancellation with fellow campaigners.