replaced by Tiny Fey and Amy Poehler at the Golden Globes. 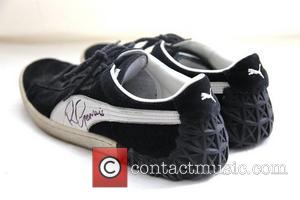 Being dropped from the Golden Globes can't be a nice feeling, especially for a British male, in favour of two American women, whose nationality and gender were already somewhat of a threat. So, it was in maintaining a stiff upper lip (retaining those age old British traditions) that Ricky Gervais gave a statement to EW, saying: “Good luck to Tina Fey and Amy Poehler at the Golden Globes. After failing three years in a row to make E! Channel's Best Dressed list, I decided to hand over the reins.”

Gervais had hosted the Golden Globes, one of the biggest film award ceremonies in the U.S. However, while his acerbic and astute wit delighted his British audience, often his humour was just a little too far for the Americans who were sometimes merely rendered mute in confusion, or, worst case scenario: really rather offended. Tina Fey and Amy Poehler will hopefully not quite make the same mistakes. Everyone speaking on behalf of the Fey/Poehler choices cites “unparalleled comedic timing.” But it seems the choice of Fey and Poehler for 2013 is just as excellent comedic timing, as their role in the Golden Globes is almost a perfect match against Seth MacFarlane as the host for the Oscars just three days after the Golden Globes.

Gervais offered up jokes about scientology in case the girls have some problem with that 'impeccable comedic timing', but he did well not to give advice on their red carpet attire. Clearly he's the first to admit it's not his domain. The Golden Globes will be awarded January 13th 2013.