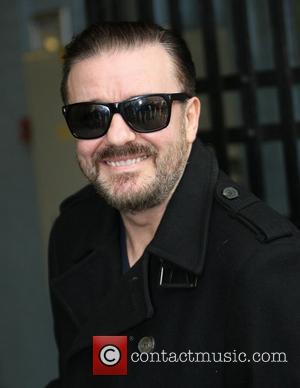 Comedian Patrice O'Neal has sadly passed away aged 41, following complications of a stroke he suffered back in October. The death was announced on Tuesday (November 29, 2011), after which floods of tributes came in from some of the biggest names in comedy.
The Office star Ricky Gervais was among the first to send his condolences, telling Twitter followers, "One of my favourite stand up comedians. So sad. RIP", while Sarah Silverman simply put, "RIP Patrice O'Neal. You made us laugh til we cried". Mariah Carey's comedian husband Nick Cannon, a friend of O'Neal's, tweeted, "An amazing comedian and an even better person. RIP Patrice O'Neal". His last performance came on the Comedy Central roast of Charlie Sheen, and the former Two and a Half Men star paid tribute to his friend on Tuesday telling TMZ.com, "The world at large lost a brilliant man today.Patrice had that rare 'light' around him and inside of him..My tears today are for the tremendous loss to his true friends and loving family". Amy Schumer, who shared the stage with Patrice at the Sheen roast, tweeted, "Brilliant, unafraid, unapologetic. You inspired me and kept us all honest RIPPatrice".
Born in Boston, the 6ft 4in 300-pound comedian had struggled with diabetes for much of his life. At the time of his death, he lived in Jersey City but was a regular fixture of the New York and Los Angeles comedy scenes.