Netflix has purchased the rights to Special Correspondents, a satirical movie written and directed by Ricky Gervais and starring Eric Bana. It's the latest big name comedy acquisition from the streaming service, which already boasts the likes of Judd Apatow and Adam Sandler on its roster. 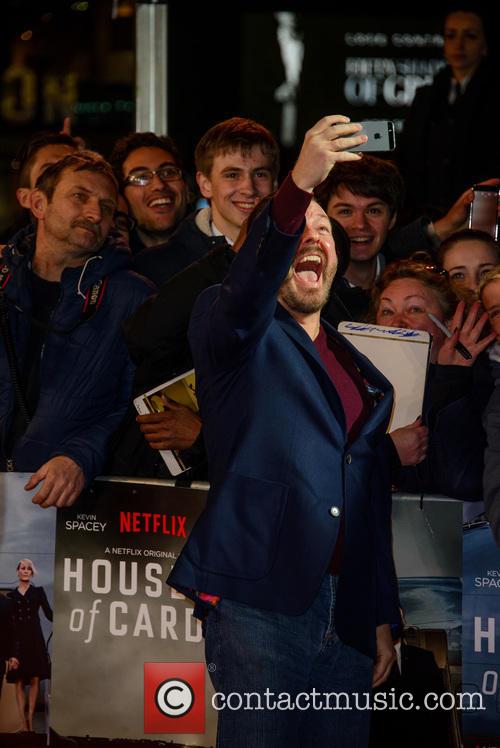 In Special Correspondents, Bana plays a struggling New York-based radio journalist whose arrogance and lavish lifestyle has hindered his career. When his job is on the line, he begins recording fake front line reports from the comfort of his hideout above a Spanish restaurant in Manhattan. The movie was first touted around in October while Sony Pictures Worldwide Acquisitions bought a package of overseas rights.

Production is set to get underway in the Spring with Bron Studios and Unanimous Entertainment producing. Gervais will direct, with Chris Coen, Bron's Aaron L. Gilbert, Manuel Munz and Larry Sanitsky producing.

"Having shaken up the TV industry, Netflix is about to do the same to Hollywood," said Gervais in a statement. "It's great to be part of the changing future. Ted Sarandos is the new Godfather of entertainment, and he made me an offer I couldn't refuse."