The U.S. streaming giant has acquired the foreign rights to Gervais' forthcoming movie, released on August 19th in Britain.

Netflix has secured the U.S. and selected international rights to Ricky Gervais’ forthcoming movie David Brent: Life On the Road, the comedian’s long-awaited reprise of his iconic character from British sitcom classic ‘The Office’.

The move represents yet another deepening of the relationship between the 54 year old British star and the U.S. streaming giant, after the non-theatrically released Special Correspondents movie with Eric Bana earlier this year.

Netflix has acquired the foreign rights to the movie, excluding the UK, Ireland, Australia and New Zealand where Entertainment One is already rolling out a theatrical release in August this year. 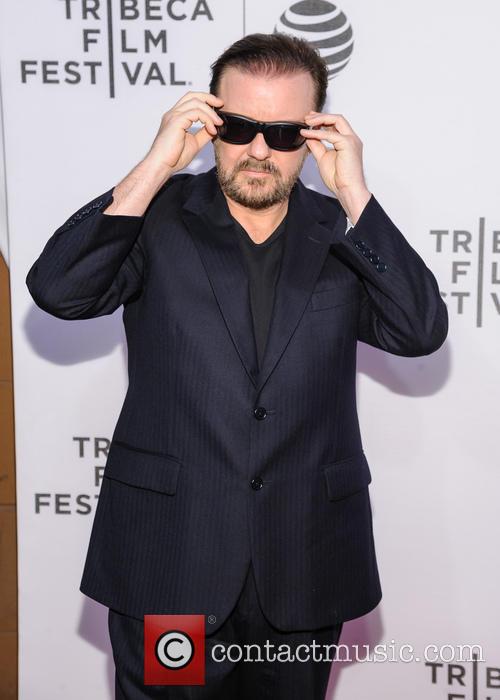 Ricky Gervais' new film 'David Brent: Life On the Road' has been snapped up by Netflix

David Brent: Life On the Road will appear on the streaming service in 2017. The feature-length film, which has just unleashed a second trailer after the first one appeared a couple of months back, catches up with the toe-curling David Brent more than 12 years after he last appeared in a Christmas special of BBC2’s ‘The Office’.

More: Ricky Gervais says he had “no idea” that his friend David Bowie was dying

Brent is now a travelling salesman, struggling to realise his long-held (and highly unrealistic) dreams of rock stardom by self-financing a tour with his band, Foregone Conclusion.

“We are thrilled to welcome the iconic character of David Brent back to Netflix, as we were the home to the first digital deal for 'The Office', starring Ricky Gervais,” said Ted Sarandos, Netflix chief content officer, said Thursday (June 16th) in a statement, according to The Hollywood Reporter. “Our existing collaborations across series, for ‘Derek’, and in film, with Special Correspondents, have been fruitful, and it's only fitting for us to have Ricky's upcoming feature film available to as many of our viewers as possible.”

David Brent: Life On the Road is a joint venture between BBC Films and Entertainment One, and is directed and produced by Gervais himself. It is released in Britain on August 19th.