From Ricky Gervais to Alice Cooper.

It's Friday the 13th! The most superstitious date of the year that usually occurs at least twice. Plenty of people have been Tweeting about this date, from hilarious memes and memorable gifs to multiple references to Jason Voorhees and the slasher movie franchise. 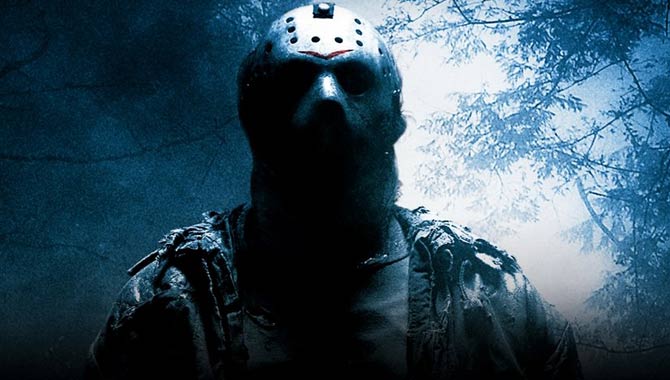 Friday the 13th was on everyone's mind today

Here are our favourite Tweets from today:

It's my favorite day, Friday the 13th! Hello to all you machete wielding psychos going out for late night lurks! pic.twitter.com/6RgWydllEy

Naturally, shock rocker Alice Cooper would dedicate a Twitter post to this historic date. We love this shot of him being grabbed by a machete wielding, hockey mask wearing Jason Voorhees. 'It's my favorite day, Friday the 13th! Hello to all you machete wielding psychos going out for late night lurks!' He captioned the shot. We hope that's a joke.

Bad things won't happen just because it's Friday the 13th. That's superstitious nonsense. Also, Jesus protects you from that sort of thing.

British comedian Ricky Gervais has always been strongly against anything that isn't science; be it religion or superstition. He's a complete atheist which made this joke all the more hilarious. 'Bad things won't happen just because it's Friday the 13th. That's superstitious nonsense. Also, Jesus protects you from that sort of thing', he quipped. It seems not all his followers understood the joke though.

Another one to pay tribute to the 'Friday the 13th' movie franchise, former 'Star Trek' star William Shatner directed his Tweet to all those who suffer from a phobia of this date - otherwise known as  triskaidekaphobia. He also made sure to send his message at precisely the right time for maximum superstition.

Gifs are a-plenty on these dates and we especially love this one featuring David Tennant as the Tenth Doctor expressing a sentiment that we've all woken up with today. Of course, 'what could possibly go wrong?' is just about the worst question you can ask on this date.

Another awesome gif from another amazing TV franchise, 'The Office' reminds us of that time where Michael Scott (Steve Carell) was only a little stitious... Episode one of season four (aka 'Fun Run') for reference. Where he insists it was a curse that hit Meredith with his car.

??? Finnair flight 666, at 13 o'clock on Friday the 13th with a 13 year old aircraft, has landed safely in HELhttps://t.co/0kWfkcARmO pic.twitter.com/OPvpyyq4F4

We wonder how many people were brave enough to take this flight to Helsinki, Finland today. It landed safely, thankfully, despite the flight number being 666, it being 13:00 and the aircraft in question being precisely 13-years-old! Spooky or what?

'Snowden' star Joseph Gordon-Levitt shared an appropriate tune on his film and music production company website HitRecord, entitled 'Cat' by LineDreamer. He reflected another popular superstition with a gorgeous black and white shot of a black cat's face.

This popular Harry Potter fansite reflected our very same reaction when we realised what the date was with this gif from 'Harry Potter and the Philosopher's Stone'. There may not be a troll in the dungeon, but we've certainly been on our guard all day.

The next Friday the 13th is in October.