Why Ricky Gervais' Record Label Offers Are Too Little, Too Late

It's all come a bit too late for Gervais' music career One look at Ricky Gervais and The Office shoots into most people’s brains. As typecasting goes, this isn’t exactly bad news – the two-season + Christmas special BBC comedy is revered as one of Britain’s finest comedy exports, and, as Gervais himself would tell you, has won absolutely loads of awards.

For better or for worse, David Brent is still with us; he’s doing his bit for Comic Relief, and imparting guitar-based wisdom over the Internet via YouTube. And his musical talents have earned him some attention from around the globe, with record deals being offered left, right and centre.

"I can't believe I'm now getting ridiculous offers from major record deals all over the world for a David Brent album,” said Gervais, Music Week report. Where were these people when I was trying to be a real popster? And starving?"

See, before The Office, Extras, The Ricky Gervais Show and Life’s Too Short, Gervais was legging it around London, trying to be a pop star and urinating in sinks. His eighties look morphed into something we know as Sir David Brent these days, but he used to have designs on a career in the charts. 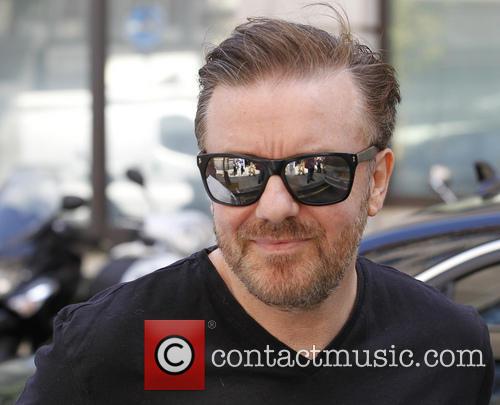 "It's been so much fun bringing back David Brent and have him philosophise on Youtube, and spend all his hard earned repping money on still trying to become a pop star,” Gervais added. “It's funny and sadly true of today's X Factor culture." Probably for the best the music career didn’t quite work out then, hey Rick.