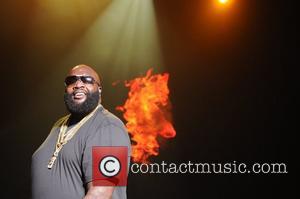 Mystery shrouds rapper-turned-label-boss Rick Ross’s career plans, as the last of his tour dates across the US got cancelled last week.

Two shows in North Carolina were cancelled last Thursday, followed by the rest of the concert run on Friday. The man himself says that he’s enjoyed performing with Meek Mill and Wale, both emerging artists signed to Ross’s record label, Mybach Music Group. This begs the question, what does “the apparent lack of organization and communication on the part of the tour promoter”, cited by a representative, actually mean? While Ross’s PR is going into “damage control” mode, rumors about gang threats directed at the performer continue to spread.

A popular theory says that Ross cancelled his North Carolina shows because of a street gang, named the 'Gangster Disciples', having posted a YouTube video, “criticizing” Ross for name-dropping their chairman Larry Hoover on a track. Even if it all sounds vaguely like high school drama, apparently the threats have had quite an effect on Ross, who has decided to not just skip the NC shows, but cut the entire tour short.

According to MTV News, he was originally supposed to go on performing up until the last show in New York on December 16, but the rapper is now on indefinite hiatus, before going back into the studio to begin recording his next album. "I enjoyed my experience with my little bros Wale and Meek Mill and I'm ready to get back in the studio to make good music", Ross said for Allhiphop.com on Friday. He continued to apologize to the fans, whose cities he will not be visiting this time around. One can only hope that this scare will not last too long and Rick Ross will be back on his feet in no time.