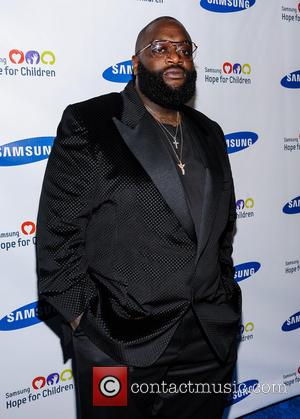 Rapper Rick Ross is facing a lawsuit over allegations he bought three luxury watches from a store in Texas last year (12) and failed to pay the $90,000 (£58,065) bill.

Bosses of Johnny's Custom Jewelry have filed a lawsuit against the star and his Maybach Music company, claiming Ross has not paid for three customised diamond Rolex watches he picked up last August (12).