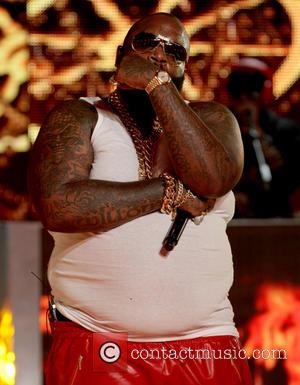 Rapper Rick Ross has been hit with a lawsuit from a U.S. touring company.

Executives at Total Access Talent claim the bosses at the star's Rick Ross Touring firm hired them to book a handful of concerts in Florida last November (12), but they never paid them an agreed 10 per cent commission for their work.

The gig organisers filed a lawsuit against The Boss hitmaker in Miami this week (begs22Apr13) and are seeking a minimum of $171,000 (Gbp106,875) in damages, according to Tmz.com.

It's the latest in a string of woes for Ross, who was targeted by women's rights groups earlier this month (Apr13) for appearing to condone rape in a controversial rhyme on Rocko's track U.O.E.N.O. (You Ain't Even Know It). He was subsequently dropped as a brand spokesman for sportswear firm Reebok.