The chart-topping rap star was reportedly busted in Fayette County in Georgia on Wednesday.

American rapper Rick Ross has reportedly been arrested in Georgia for possession of marijuana in his car, which was initially stopped because its tinted windows were in violation of road regulations.

Fayette County Sherriff’s Office spokesman J. Allen Stevens said that Ross, whose real name is William Leonard Roberts, had been processed and placed in the county jail on Wednesday afternoon (June 10th). Atlanta news outlet WSB first reported the arrest, which has since been confirmed by Billboard. 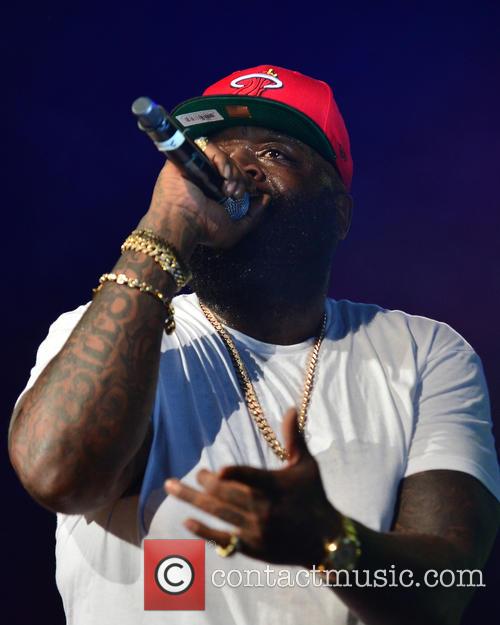 Stevens said that an officer stopped Ross and a passenger in his Bentley because the windows were tinted too darkly and infringed regulations. The officer then “identified marijuana in his vehicle” because of the smell and arrested them, Ross having given consent for a deputy to search the car, Sherriff Barry H. Babb later told CNN.

The Sherriff’s Office also said that Ross had been “very co-operative” throughout the process and did not appear to be under the influence. He has been charged with misdemeanour marijuana possession and a traffic violation. Because of the minor nature of the incident, Billboard believes that he will make bail easily.

Ross, 39, emerged as arguably the biggest star of the Atlanta rap scene in the mid ‘00s, when the city and the Southern states in general were in spotlight for producing a number of well-received artists. To date, he has released seven studio albums, five of which have hit the top spot in the Billboard 200, including Mastermind just last year.

He was previously arrested in June 2014 in North Carolina, having failed to attend a court hearing related to a previous misdemeanour for marijuana possession dating back to 2011.

More: Bill Murray wants to track down Rick Ross after he bailed on Christmas duet recording