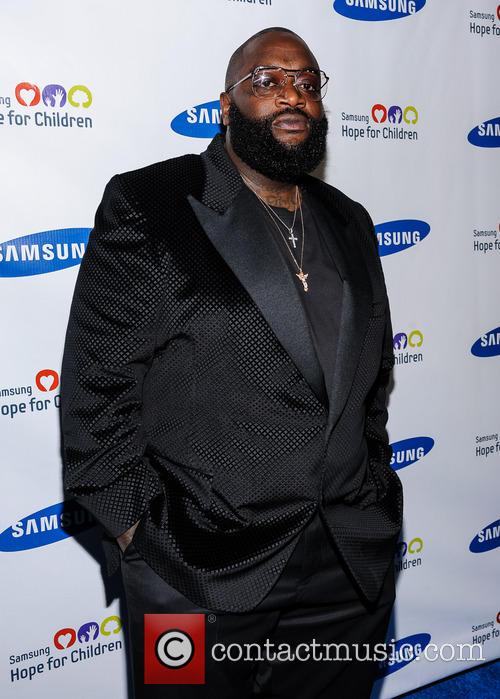 According to reports in ABC, Ross and his bodyguard forced a man into Ross’ guest house and assaulted him with a pistol. The alleged victim is reportedly unable to chew as a result of the injuries he sustained during the ordeal. This is the second time Ross has been arrested in a matter of weeks (the first arrest was for possession of marijuana), but who is Rick Ross? Here are five things you need to know.

Ross has been active within the rap industry for more than 14 years and has released seven studio albums. Perhaps his most famous track is ‘Hustlin’’, which he released in 2008. In 2009 he founded Maybach Music Group, which represents Ross and other such artists as Khloe Kardashian’s on-off beau French Montana.

Ross has been arrested twice in less than two weeks. He was arrested on 11th June in Georgia and charged with possession of marijuana. Yet these two arrests are just a string in a long series. He has previously been arrested three times on drug charges: in 2008, 2011 and 2013.

3. He worked as a correctional officer.

It was something of a scandal, considering Ross’ criminal history and his badass persona, when it was revealed he had worked as a correctional officer in a prison. Ross had initially claimed his rivals within the rap industry had been spreading rumours about his past work but records, obtained by Smoking Gun, confirmed he had indeed worked as a CO for 18 months when he was 19 (from 1995-1997).

Ross is not the most popular guy around and he’s certainly a prime example of how not to make friends and influence people. He was embroiled in a quarrel with 50 Cent for a number of years after the two seemingly got off on the wrong foot at the BET Awards. They continued trading blows, Ross even referencing 50 Cent’s death in one of his music videos, until last year when Ross claimed he was over it. However, 50 Cent doesn’t appear to have moved on and posted a video on Instagram on Wednesday (24th June) in which he mocked Ross’ arrest. Ross was also allegedly involved in a violent altercation with DJ Vlad and a lawsuit over his name with “Freeway” Rick Ross, as THR reports.

5. He was the target of a drive by shooting.

Ross and his girlfriend were in Fort Lauderdale, Florida celebrating Ross’ birthday in 2013 when they were shot at. Neither Ross nor his girlfriend was harmed during the incident. No one was ever arrested in connection to the shooting and Ross was unwilling to speak out about any possible suspects, as Rolling Stone reports. However, shortly before the incident, Ross had been receiving death threats The Black Disciples gang who were allegedly unhappy with Ross’ reference to their leader in one of his tracks.

Watch Rick Ross’ ‘All About The Money’ Music Video: