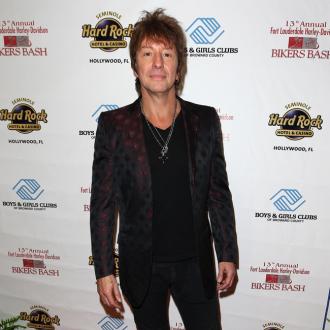 The 53-year-old guitarist - who previously confirmed he bowed out of their current tour because of ''personal issues'' after failing to perform at their latest gig in Calgary, Canada last night (02.04.13) - is not struggling with substance abuse issues and quit because he was fed up of how he was being treated by Jon, according to sources.

The insiders told gossip website TMZ.com that tensions between the duo exploded recently and one described it as a ''classic Jagger/Richards blowup''.

The main reason for the tension is allegedly money.

During the Calgary concert, Jon told the crowd: ''I had two choices: pack up and go home or give you everything I got ... Richie Sambora won't be performing for a while. If there's ever a night I need you, it's tonight, Calgary!''

The band's team hope they will reconcile their differences before the band play in Los Angeles on April 19.

Richie - who has battled alcohol addiction in the past - has been spending his downtime with her daughter Ava, 15, and they enjoyed a trip to Hawaii last week.

In 2011 Richie was left out of dates on the band's touring schedule to attend rehab but sources close to him insist he is still clean.