Former Bon Jovi star Richie Sambora and his girlfriend Orianthi Panagaris can't wait for fans to hear their new album, because they are convinced they're the new Sonny & Cher. 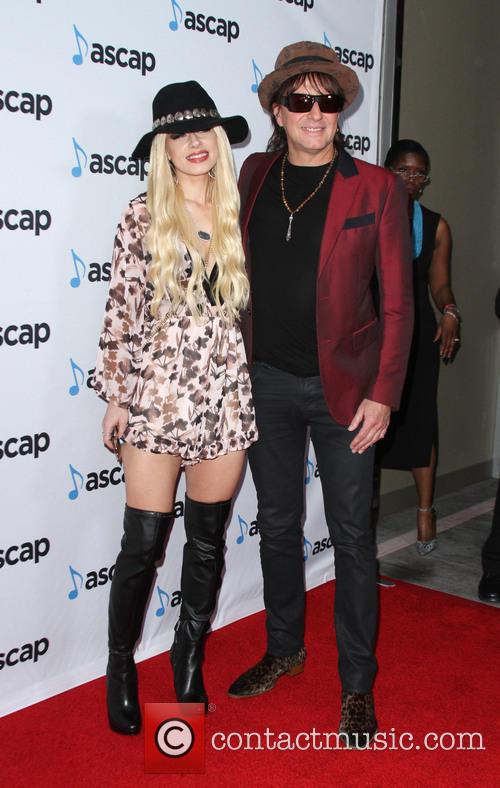 The rocker, who dated Cher in the 1980s, has hammered home his point by releasing a cover of Sonny & Cher's I Got You Babe on the 50th anniversary of the release of the hit duet.

Admitting it's a tribute to his ex, Sambora insists the track is a taste of things to come from himself and 31-year-old Orianthi, an Australian guitar prodigy who has worked with the likes of Carlos Santana, Michael Jackson, and Alice Cooper.

"It's basically Sonny and Cher on steroids," Richie says of his new music with his girlfriend. "We looked back on our career and saw the different styles of music that we did and, when you make a record, obviously, you have to own it."

And the Aussie, who is 15 years younger than her rock star beau, is equally as excited by the music they are making.

"I can't wait for everyone to hear it," Orianthi told Ultimate Classic Rock. "We've been working hard on it and finishing it up really soon, so something should be out in the next few months. I'm hoping...

"We have to decide on a single, but it's a really big-sounding album and I can't wait to play it live, too... Richie's singing his butt off, playing his butt off and writing with him, too, has, you know, been really great, a lot of fun."

Meanwhile, Sambora's former bandmates in Bon Jovi are preparing to release their next album, This House Is Not for Sale, next month (Mar16).