Jon Bon Jovi insist the rumours guitarist Richie Sambora quit their What About Now because the pair didn't get on are untrue. 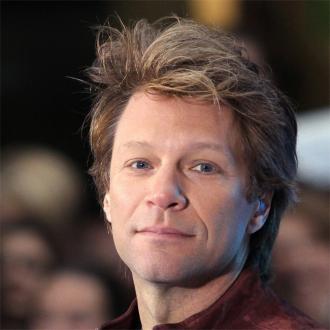 Richie Sambora didn't quit Bon Jovi's Because We Can tour over money.

Singer Jon Bon Jovi insists the guitarist - who suddenly left the band ahead of a show in Calgary, Canada on April 2 - hasn't fallen out with him over finances, as suggested by some sources.

He told the Austin American-Statesman newspaper: ''I think Richie's doing all right, I haven't spoken to him. We were surprised.

''It was 3:30pm on show day on Tuesday and we got a phone call that he wouldn't be there. It's a personal matter.

''Don't believe what you read on [website] TMZ because it's the furthest thing from the truth.''

Richie - who has been replaced by Phil X for the remainder of the US leg of the tour - missed some of Bon Jovi's tour dates in 2011 after he checked into rehab for alcohol issues, but sources insist he is currently still sober.

He added: ''It's a wide array. I just downloaded [David] Bowie's record to listen to that. I just bought a Bruno Mars record before that. Influences? [Tom] Waits. [Leonard] Cohen.

''They're huge lyrical influences. For rock bands, I look to the Stones, who at least show me where the bar is so you know how far and how high I gotta jump.''