Late Comedian Richard Pryor's Daughter Was Left Flustered During A Recent Performance Of Her One-woman Show When The Ghost Of Her Dad Appeared In The Theatre Balcony. 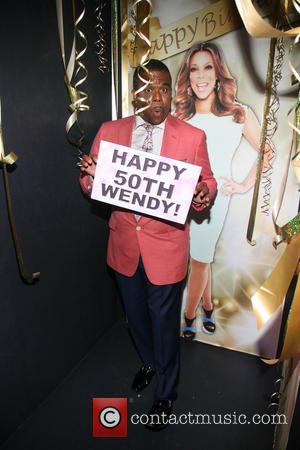 Rain Pryor was recalling her father's violent outbursts during her Fried Chicken and Latkes show at the National Black Theater in New York when she felt his presence and looked up to find him staring at her.

She tells WENN, "I just finished talking about him beating up women, which in the show is hilarious - but of course I don't think that it's hilarious at all - and I look up and my dad was standing there and he was in the suit that he wears in the picture in the backdrop behind me on stage.

"So I look and I start to go on with the show and I had to look back and he still was there! I had that weird moment of I wanted to stop and just talk to him and be like, 'Oh my God, you're here! But you have to go because now I'm flustered'.

"I didn't know what I was supposed to do after that, because I'm thinking, 'Does anyone see what I'm seeing? Like, do you all see this, because I'm seeing this right now!'

"I wasn't on drugs and I didn't drink anything. This was the first time I ever saw him since he passed. So that was bizarre. I had to call someone and check in... I believe in esoteric things, but I've never had the experience of an apparition in my life, and that was my first one, ever!"