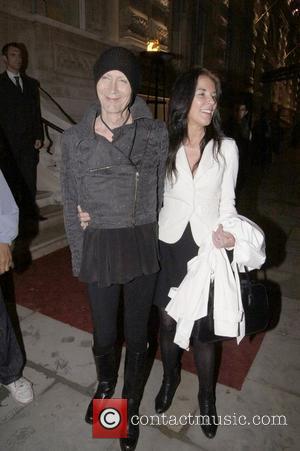 British writer and actor Richard O Brien thrilled fans in Australia by taking to the stage during The Rocky Horror Show's opening night performance to lead the audience in a singalong.

A new production of O'Brien's cult musical, starring Craig MCLachlan, opened in Brisbane on Friday (10Jan14), and the writer/creator was there for the launch.

At the end of the show at the Lyric Theatre, O'Brien took to the stage to thank the audience for helping to keep his creation going for more than 40 years, calling them "f**king brilliant", before leading them in a rendition of the show's classic song Time Warp.