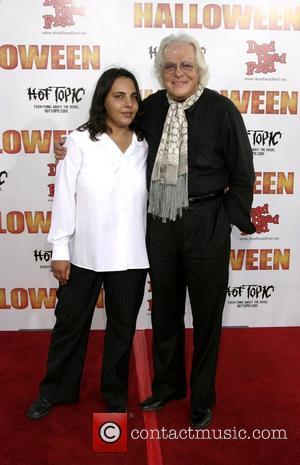 The actor Richard Lynch has died, aged 76. Lynch was a regular feature n some of cinematic history's best known horror movies, and appeared in Scarecrow (1973), Little Nikita (1988) and Rob Zombie's Halloween remake, from 2007, in which he played the role of Principal Chambers. The cause of Lynch's death has not been reported, but it is known that his body was discovered on Tuesday (June 19, 2012), by a friend who was concerned after not hearing from him in a few days.
Born in New York, in 1936, the actor became a member of the Actors' Studio and worked extensively in stage productions. In 1967, Lynch's face became permanently scarred after he took LSD and set himself on fire. He used the physical scarring to his advantage and often played villainous characters in the horror movies that he inhabited. He also appeared in a number of sci-fi television programmes, including Buck Rogers in the 25th Century, Battlestar Galactica and Star Trek: The Next Generation.
The last movie that Lynch worked on was Rob Zombie's forthcoming movie 'The Lords of Salem'. The rock musician-turned movie director wrote a brief tribute to the actor on his Facebook page, saying "Richard was great to work with and really gave it his all." The Lords of Salem is due for release this year, though a date has not yet been confirmed. Dee Wallace-Stone and Udo Kier also star in the film, about a 300 year old coven of witches.