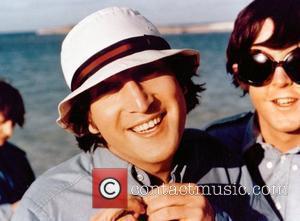 Picture: Help! (1965) Directed by Richard Lester Shown from left: John Lennon, Paul McCartney This is a PR photo. WENN does not claim any Copyright or...

Moviemaker Richard Lester has opened up about his time shooting films with The Beatles in the 1960s, branding Sir Paul McCartney too enthusiastic to act.

The Superman Ii director helmed the Fab Four's first big screen outing in A Hard Day's Night in 1964 and he went on to work with them again the following year (65) on Help!

Now he has given his verdict on the rock stars' abilities in front of camera, praising George Harrison and Ringo Starr but suggesting MCCartney was wise to stick to his music career.

Lester tells NME magazine, "(Harrison) didn't try to do too much, but always hit it right in the middle. (MCCartney) was so enthusiastic he perhaps tried too hard. (Lennon) had some cutting words for me at times."

The director said there were concerns among the crew when Starr was tasked to shoot a solo scene but he was delighted when the drummer played his role perfectly.

A Hard Day's Night has been digitally restored and remixed to mark its 50th anniversary, and will be re-released on Dvd and Blu-ray later this month (Jul14).