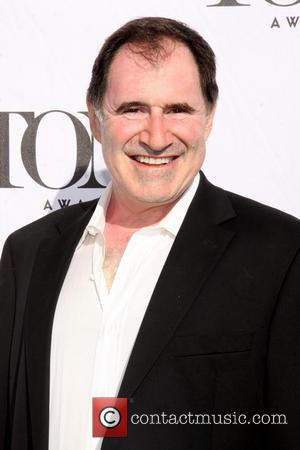 Actor Richard Kind is keen to see the second act of hit Broadway play Vanya And Sonia And Masha And Spike again because he was too busy berating an inconsiderate theatregoer to enjoy it.

The Argo star lost his cool during a recent night out when a female audience member refused to silence her cell phone during the play and he was reminded of his outburst during a recent Drama Desk Panel discussion with one of the play's stars Shalita Grant.

He told host Robin Milling, "I was at a performance of your play and in the last 20 minutes a woman's phone went off four times. I went to that woman and I called her out. I am not a forgiving soul and I seem like a nice guy but when it comes to that, that is a disregard for other people. One time, it's disregard but four times it's a slap.

"It is what I hate about the world right now. I hate selfishness and it truly was emblematic of all that. I went up to her and I yelled; I was so filled with bile. I give her the whole spiel and she goes, 'Hey, it's not my fault, I didn't call them. They were calling me!'

"She was of another generation, as was the quality of her phone. I would really like to see the second act again just to get the last 20 minutes because I was in the opposite mood of what (playwright Christopher) Durang wrote and it upset me."