Richard Jenkins fed up with filming in wet and cold weather 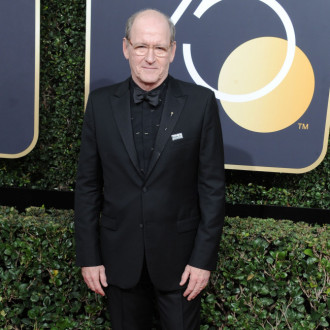 The 74-year-old actor has teamed up with the director on 'Nightmare Alley' – after they previously collaborated on the Oscar-winning 'The Shape of Water' – and lamented how he always seems to shoot in horrible conditions.

Richard said of the 'Hellboy' filmmaker: "He's always fun to work with except that he likes water and he likes cold. In 'The Shape of Water', we were wet the whole time and in this one we shot in the snow in Toronto, it was freezing.

"Guillermo would be out there without a jacket on and we'd be running for cover to get warm."

Richard admits that he "adores" the new psychological thriller – which also stars Bradley Cooper and Toni Collette – and described Guillermo as a "master of the movies".

The 'Visitor' star told Variety: "I saw it last night. I adored it. Guillermo is like nobody I've ever met. When you work with him, you come away thinking, 'Well, that was a treat.' He's one of the masters of the movies.

"He's learned so much about film, but he's made it his own. This film is epic and extraordinary."

Richard also stars in the drama movie 'The Humans', which is based on director Stephen Karam's one-act play of the same name, and the star used his experience of theatre performances to help him in the role.

He said: "It does help. I have been on stage for years, but for 15 years, I did four or five plays a year. Once I started doing movies, I stopped doing theatre.

"Once we got on the set, it was like a play rehearsal to me. That was a time to explore and worry."

Richard Jenkins fed up with filming in wet and cold weather