The duo are reported to have received seven figure per-annum offers to stay on and present 'Top Gear' with a weekly "guest presenter".

In contrast to many reports that have been doing the rounds over the past few weeks, ‘Top Gear’ presenters James May and Richard Hammond might not be leaving the BBC after all. In fact, it was reported today that the duo may stay with corporation to front a re-vamped version of the show alongside a weekly “guest presenter”.

The pair had been widely believed to have effectively followed Jeremy Clarkson out of the door, following his sacking in March. However, the Independent’s Matthew Norman reported on Monday (June 1st) that May and Hammond had been offered £1 million-per-year deals by the BBC to stay in their posts. 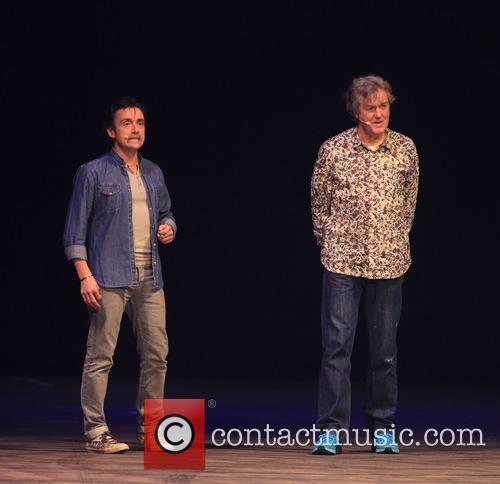 Norman also suggested that May and Hammond had not yet officially left their posts. This is nothing new, as the pair’s contracts with the BBC had elapsed at the end of March without being renewed, it was reported in the Telegraph. However, they were last spotted at the corporation’s HQ in West London six weeks ago.

If the report is true, then ‘Top Gear’ would seem to be looking to adopt the format of the BBC’s satirical news quiz ‘Have I Got News For You’ post-2002, when regular presenter Angus Deayton was released. Since then, it has had a different guest presenter each week.

This is in contrast to what James May himself has said about the prospects of himself and Hammond continuing to present without Clarkson. Speaking in April, the 52 year old said: “Me and Hammond with a surrogate Jeremy is a non-starter, it just wouldn't work.”

“That would be lame, or 'awks' as young people say. It has to be the three of us. You can't just put a surrogate Jeremy in and expect it to carry on. It would be forced. I don't believe they would be stupid enough to try that.” Well, it now seems that they're thinking seriously about it.

The show’s producer Andy Wilman is also believed to have quit the corporation, prompting rumours that a similar motoring show featuring the full ‘Top Gear’ line-up would be picked up by a rival broadcaster. Sky and Netflix have also been reported to have expressed an interest in securing their services.

More: Jeremy Clarkson “fed up” with speculation about his future post ‘Top Gear’