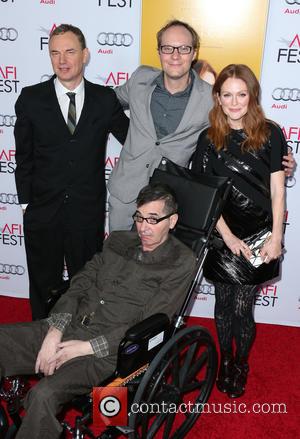 Glatzer, who was diagnosed with neurological disease Als in 2011, was taken to a Los Angeles-area medical centre, where he was immediately intubated just before he went into cardiac arrest.

Westmoreland reveals his partner was "legally dead for 15 minutes", but doctors were able to save him. He is still in the hospital, where he is slowly getting better.

Glatzer and Westoreland, who also co-directed and co-wrote Alzheimer’s drama Still Alice, were scheduled to attend the upcoming Academy Awards on Sunday (22Feb15) to support the film's star Julianne Moore, who is the frontrunner in the Best Actress category, but Westmoreland fears he will be in the hospital next weekend, writing, "So looks like we’ll be watching the Oscars from the hospital room amidst the beeping machines.

"Not so glamorous but I wouldn't have it any other way. And Richard will be alive to see it."