Richard Gere and his wife Carey Lowell have split after 11 years of marriage, according to the New York Post newspaper. 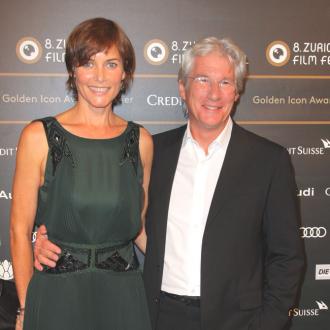 Richard Gere has split from his actress wife Carey Lowell.

The 'Pretty Woman' star and Lowell, 52, have reportedly called time on their 11-year union after growing apart.

A source close to the couple told the New York Post newspaper: ''They've been spending time apart for quite some time.''

Gere, 64, and Lowell - who was a Bond girl in 1989 movie 'Licence to Kill', starring Timothy Dalton as 007 - have not been pictured together in public since a screening of his financial thriller 'Arbitrage' in The Hamptons.

One of the major contributing factors to the split is believed to be the differing lifestyles of Gere and Lowell.

The actor, who is a follower of the Buddhist faith, prefers to have a peaceful existence at home, while Lowell - who is also a Tibetan Buddhist - is a more social and gregarious person.

Another source said: ''They have a place in Bedford (New York), and he likes it because it's quiet and he likes the solitude. She likes being in North Haven in the limelight. They live next door to Jimmy Buffett and his family, and they're good friends.''

Gere and Lowell have a 13-year-old son, Homer, who is named after the Hollywood actor's father.

Gere was previously married to supermodel Cindy Crawford. They tied the knot in 1991 and split in 1995.

A representative for the estranged couple is yet to issue a statement on the reports.