Carey Lowell is reportedly seeking over $100 million from Richard Gere for her divorce settlement. 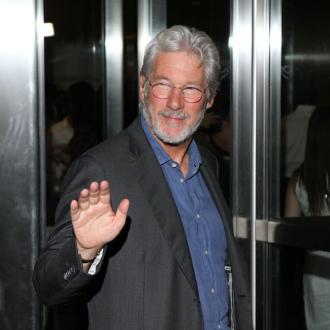 Richard Gere's ex-wife wants over $100 million in her divorce settlement.

The 65-year-old actor - who earned a reported $82 million in 2013 alone - split from Carey Lowell last year and she filed for divorce in June, and as negotiations in their separation go on, the 53-year-old former model is reportedly seeking a substantial portion of the 'Pretty Woman' star's $250 million fortune.

A source said: ''They are not getting along and they are very far apart on how much money she will get in their divorce.''

The insider claims Carey will argue she deserves the sum because she ''gave up her career'' to raise their son Homer, now 14.

The source added to the New York Post newspaper: ''She can claim she gave up her career for him and for their son Homer, and that she deserves half of all his earnings since they got married in 2002.''

Despite the claims, the 'Law & Order' actress' lawyer insists it is too early to discuss finances but admitted his client will be seeking her ''fair share'' from the 'American Gigolo' star.

The lawyer, Robert Cohen, said: ''Nobody has asked for anything yet. But she certainly wants her fair share of the marital assets.''

Richard is said to be unhappy that Carey - who has been married twice previously and has a 24-year-old daughter, Hannah, with her second husband Griffin Dunne - has a new man but has been trying to keep the relationship secret because her mystery guy is also currently going through a messy, expensive divorce.

Since the couple separated, the 'Time Out of Mind' star has dated celebrity chef Padma Lakshmi but they recently split because of their busy schedules