Richard Gere has sparked speculation he has a new girlfriend after being seen holding hands with a mystery brunette. 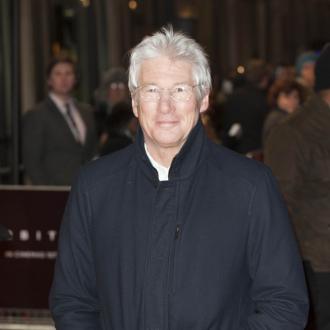 Richard Gere has sparked speculation he has a new girlfriend.

The 'Pretty Woman' actor had been romancing 'Top Chef' host Padma Lakshmi for the last few months, but he was seen holding hands with a brunette who was ''definitely not'' the 43-year-old beauty at Tutto Il Giorno in Southampton, New York, on Friday (18.07.14) evening, a source told the New York Post newspaper's Page Six column.

However, another source insisted Richard, 64, and Padma have been travelling a lot internationally and only saw one another last week.

The Buddhist actor - who split from wife Carey Lowell last September after 11 years of marriage - was in the Himalayas earlier this month as part of the Dalai Lama's 79th birthday celebrations, while Padma has been in London.

Richard and Carey - who have 14-year-old son Homer together - never officially confirmed they were separating but were said to have been living apart for some time before their split.

The hunky actor was also previously married to Cindy Crawford for four years until 1995.

Former model Padma, 43, was previously married to author Salman Rushdie for three years until 2007 and dated billionaire Teddy Forstmann until he died of brain cancer in 2011 at the age of 71.