Richard Gere Met With New York Mayor Bill de Blasio To Talk About The City's Homeless Problem At A Screening Of The Actor's New Film, Which Captures Life On The Streets. 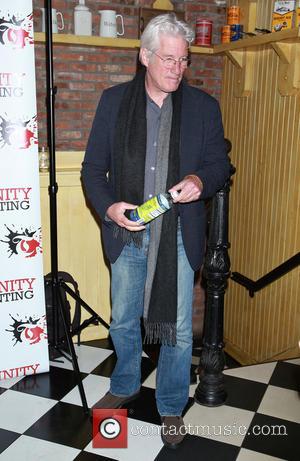 The actor plays a homeless character in Time Out of Mind, which was screened at the Brooklyn Academy of Music (BAM) in New York City on Tuesday night (08Sep15).

Among the guests was the city's top politician de Blasio, and editors of New York Post gossip column Page Six report Gere was able to speak to the Mayor about his plans to help the estimated 60,000 people who are living rough in the Big Apple.

The publication reports that a mayoral aide confirmed Gere will be given a role to play in de Blasio's scheme to help the homeless.