The Screenwriter Behind Richard E. Grant's Controversial New Tv Drama Jekyll And Hyde Has Issued A Public Apology Amid A Storm Of Complaints Over Its Violent Content. 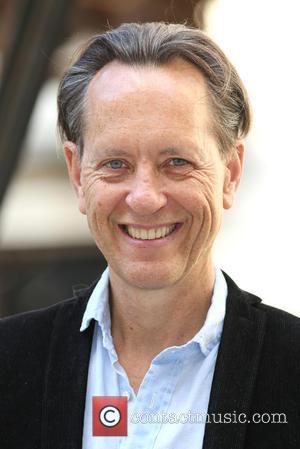 The new drama, loosely based on the Strange Case of Dr Jekyll and Mr Hyde by Robert Louis Stevenson, premiered in the U.K. on Sunday evening (25Oct15), but it horrified many viewers with violent scenes including a brutal murder.

More than 800 complaints were filed with U.K. watchdog The Office of Communications (Ofcom) and the show's broadcaster ITV, prompting Ofcom bosses to launch an investigation.

They have confirmed the probe will assess whether the programme broke broadcasting rules by being shown prior to the U.K. TV watershed, which ensures material unsuitable for children is not broadcast until after 9pm.

The writer behind the project, Charlie Higson, has now spoken out about the controversy and apologised for upsetting so many viewers.

"I'm sorry that anyone got upset by it," he tells British radio station BBC Radio 6 Music. "It wasn't my intention to upset people by it. Obviously, it was my intention for it to be scary - it's a scary show... I was expecting more people to complain that it wasn't scary enough, rather than people saying 'This is a scary show and I found it scary.'

"It's a difficult thing talking about pre-watershed because you can't make every programme suitable for a five year old to watch. The rugby was out before we went on, and it was one of the most violent things I've ever seen on television."

The programme was shown at 6.30pm (local time), hours before the watershed cut-off point.