This drama about the iconic British prime minister tells a darkly personal story set over just a few pivotal days during the Second World War. It's skilfully written and directed, and anchored by a wonderfully layered performance by Brian Cox. But there's a nagging sense that there's nothing new to see here, mainly because this is such a well-documented and dramatised point in history.

The story takes place over the first few days of June 1944, as the Allied military leaders make final preparations for the D-Day invasion. Due to his lingering trauma over his experiences in WWI, Winston Churchill (Cox) has serious misgivings about the plan, and challenges both the American commander Eisenhower (John Slattery) and senior British officer Montgomery (Julian Wadham). He even makes an appeal to King George (James Purefoy) to intervene. The problem is that he is coming across as a cranky man stuck in the old world, unable to see how warfare has changed in the previous 30 years and reluctant to relinquish control to the next generation. His wife Clementine (Miranda Richardson) is also becoming fed up with his ranting and raving, so she sets about trying to make him see reason.

Director Jonathan Teplitzky (The Railway Man) tells this story in a style similar to The King's Speech, a more revelatory true-life drama that fictionalises backstage conversations. This is an artfully made film, beautifully shot and edited. And Alex von Tunzelmann's script digs deeply into the characters and themes. So it's a bit frustrating that it's impossible to watch the movie without knowing full well whose argument wins the day and how the events will play out. At least the actors make the most of their roles. Cox delivers an awards-worthy performance as a veteran fighter struggling to remain on the sidelines as the battle approaches, continually adding emotional weight to Churchill's towering tirades. Richardson is limited to a series of isolated scenes, but shines as she takes him on.

After the traumatic events of the First World War, many devastated people are turning to the supernatural, in particular, the ghosts of loved ones. Unfortunately, many of the grief stricken are being conned by swindlers looking to make quick money. Florence Cathcart is a woman who exposes these frauds for what they really are. Her book on the subject is a bestseller, making her well known all over the country.

By Rich Cline
OK
Ambitious in scope, this film feels over-serious and oddly cold. Fans of historical dramas may love it, but you're in trouble when theories about the sun and earth are more involving than the interpersonal dramas.

Set in Alexandria in 391 A.D. Agora tells the story of the astronomer-philosopher Hypatia. Knowing her city's in dire turmoil and about to fall to new christian rule, the only safe haven was in the cities legendary library which was housed inside it's own walls. 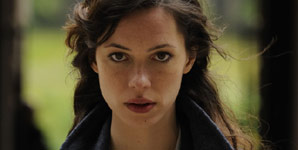 After the traumatic events of the First World War, many devastated people are turning to...