That wasn't the only weird thing to happen during filming.

Something rather spooky seems to have been happening on the set of BBC crime drama 'Rellik'. While the cast and crew were busy preparing to shoot a scene with a fictional dead body, police ended up having to turn them away when they found a real corpse on the would-be set. 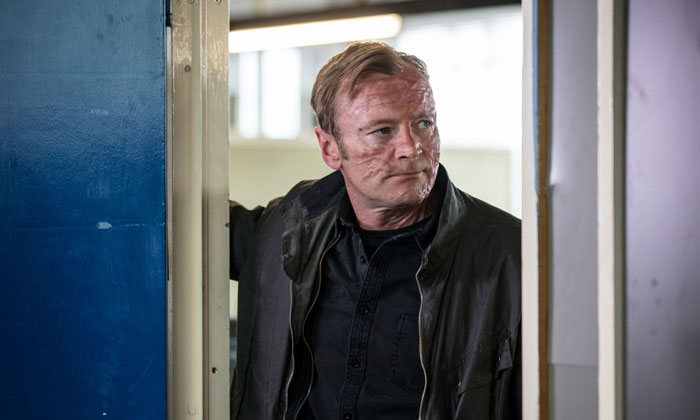 The BBC serial killer series starring Richard Dormer, Jodi Balfour and Ray Stevenson has apparently been struck with a 'Macbeth' style curse, after events that occur in the storyline coincided with real stuff happening outside of the filming. It all started when police found a body at Cambridge Heath Park in east London where 'Rellik' was due to shoot.

'The crew arrived to film their own dead body and the police told them they weren't able to, because they'd found a real dead body. It was bizarre, fact being stranger than fiction', actor Paterson Joseph, who plays psychiatrist Isaac Taylor on the show, told The Mirror.

'There were a lot of strange coincidences', he continued. 'Richard [Dormer] who plays our main character, getting impetigo and his face being covered in blotches and blemishes. He got the same reaction as his actual character, who's been scarred in an acid attack. We found that odd.'

Speaking of which, there have indeed been a spate of acid attacs within the city since filming began on the program. 'There were the acid attacks which happened at the same time as we were filming ours. It's a strange show when it brings out these coincidences', he confessed.

The series plays out in reverse chronological order, following the events leading up to the suspect's arrest. The first episode of 'Rellik', which spells 'Killer' backwards, premiered on BBC One on September 11th 2017. There will be six episodes altogether in this series, all written by Harry and Jack Williams ('The Missing').