Richard Curtis returns with an exciting cast including Domhnall Gleeson and Bill Nighy for 'About Time'.

Oscar-nominated filmmaker Richard Curtis, the man behind British romantic-comedy behemoths Notting Hill, Love Actually and Bridget Jones's Diary, is back with his latest foray into the best-loved movie genre. 'About Time' stars Domhnall Gleeson as Tim Lake, a 21-year-old who struggles with the opposite sex - that is, until his father (Bill Nighy) introduces him to an incredible time warp that will allows him a second chance on first impressions.

Watch The 'About Time' Trailer Below!

Tim - who appears to be playing a character not a million miles from the one he played in Charlie Brooker's Black Mirror- soon meets a beautiful girl named Mary (Rachel McAdams) whom he begins to date. However, Tim slips up during one of his time warps, discovering that Mary has never met him before and that several months of romance have simply vanished. He must try and win her back for a second time, though his special power comes with dangerous consequences. The movie appears to follow themes similar to Curtis's previous efforts, principally the trials and tribulations of love and the strive for perfection. The director has assembled a solid contemporary cast headed by the excellent Gleenson and Nighy is often worth the price of the cinema ticket alone. When explaining the pros and cons of the time warp, he tells his son, "I mean, it's not as dramatic as it sounds, you can't kill Hitler, or shag Helen of Troy unfortunately." Rachel McAdams As Mary In Richard Curtis's 'About Time' 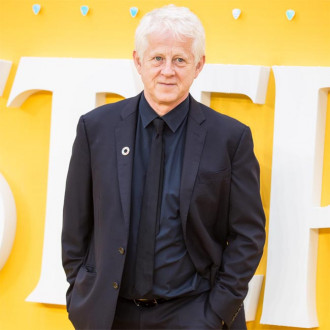