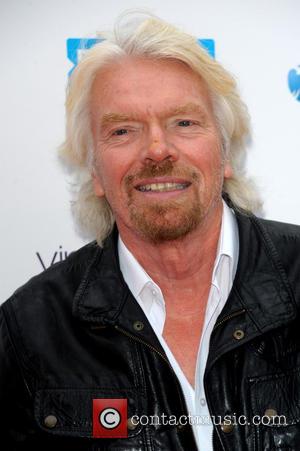 British entrepreneur Sir Richard Branson is joining a star-studded boycott against the Beverly Hills Hotel and Hotel Bel Air in Los Angeles in protest against their owner's stance on homosexuality.

The Virgin Group mogul is adding his name and company to the growing list of those refusing to use the California hotels due to the views of Sultan Hassanal Bolkiah, who oversees the huge Dorchester Collection hotel brand.

Last year (13), the leader of southeast Asian nation Brunei came under fire for unveiling new anti-gay legislation, which included the stoning to death of Muslims accused of having gay sex.

Other controversial laws under his rule include penalties such as amputation, flogging, and stoning for crimes such as theft and adultery.

Although the new laws will slowly be phased into the legal system, activists and celebrities alike have urged tourists to snub all Sultan-owned hotels.

On Sunday (04May14), Branson voiced his opinion on the matter via Twitter.com, writing, "No Virgin employee, nor our family, will stay at Dorchester Hotels until the Sultan abides by basic human rights."

He joins the likes of Sharon Osbourne, comedienne Ellen DeGeneres, and fashion designers Brian Atwood and Peter Som, who have already urged fans to boycott the popular hotels.