Richard Attenborough's Ashes Are To Be Interred With Those Of His Daughter And Granddaughter, Who Both Died In The 2004 Indian Ocean Tsunami. 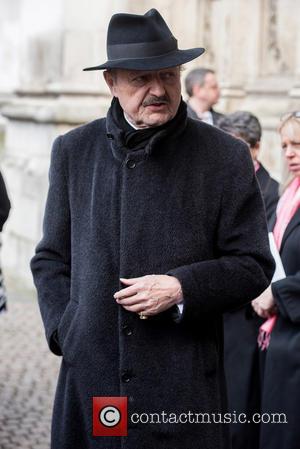 The Jurassic Park star passed away aged 90 in August, 2014 and he stated in his will that his remains be cremated.

He asked for the ashes to be scattered at his former residences in the south of France and the Isle of Bute in Scotland.

Attenborough also asked for a portion of them to be placed in a vault containing the ashes of his daughter Jane and granddaughter Lucy at St Mary Magdalene Church in Surrey, England.

Jane and Lucy both perished in 2004 when a tsunami hit the resort in Thailand where they were staying. They were among 230,000 who died in the disaster on 26 December, 2004.

At a 2005 memorial service for the victims, held at London's St Paul's Cathedral, Attenborough described the day of their deaths as "the worst day of my life".

Newly-released probate records reveal the division of the Attenborough's $2.4 million (£1.5 million) estate as well as the instructions for his final resting place.

Attenborough's request has yet to be carried out due to renovation work at the church in Surrey.

"Lord Attenborough's ashes have not yet been interred, but they will be soon," Canon Robert Titley, the rector of St Mary Magdalene church, told British newspaper The Daily Telegraph.

"We are just waiting for some refurbishment work in the area of the vault to be completed. The Attenborough family have been extremely understanding."

Attenborough is survived by his wife of 69 years, Sheila, who inherited the bulk of his estate.