89-year-old director Richard Attenborough has been moved into a care home after house-care become impractical. He has actually been living in the house for elderly people from the theatrical profession for the last 15 months with his wife, actress Sheila Sim.

His 86-year-old brother, Sir David Attenborough, said it "simply wasn't practical" for them to keep the house. Lord Attenborough spent several days in a coma after a stroke in 2008 causing him and his wife to sell their Richmond upon Thames house for a reported £11.5m. Attenborough joked at the time: "I scared the living daylights out of Sheila, had some time in hospital. They were all fussing around." His young brother and fellow national treasure described the accident in an interview in 2011. "He fell downstairs and damaged his brain, so was unconscious for a long time. He's now back, but he's in a wheelchair, said David. "You can have a conversation with him. I go down and see him at the weekend. We have our jokes, the ones we've had since we were kids." 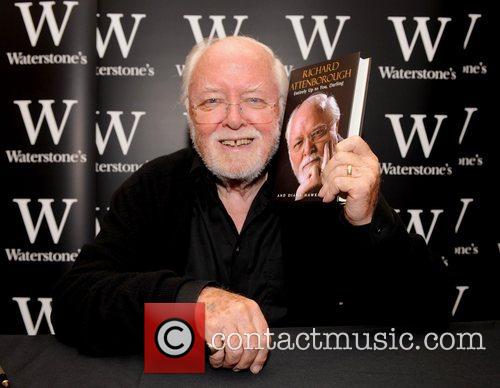 Richard Attenborough at his book launch

The director started out in front of the camera, accumulating 74 acting credits appearing first in 1942 war film In Which We Serve, directed by Noel Coward. A distinguished acting career then saw roles in Jurassic Park, Miracle on 34th Street, Elizabeth, Brighton Rock and Flight of the Phoenix, before he picked up the camera and directed Oh! What a Lovely War. He then won an incredible 8 Oscars for Ghandi.