Richard Ashcroft - Why Not Nothing? Video 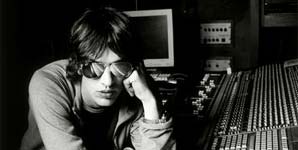 Artist: Richard Ashcroft
Song title: Why Not Nothing?
Genre(s): Alternative

Only held off the No.1 slot on it's release in January by the freakish sales of Arctic Monkeys debut album, 'Keys To The World' has spawned the hit singles 'Break The Night With Colour', 'Music Is Power', and 'Words Just Get In The Way'.

Having already completed two sold-out UK tours this year, plus a 30,000-capacity solo show at Old Trafford cricket ground, his biggest headline show since his days in The Verve, Richard Ashcroft is set to end 2006 with an Arena Tour. The dates are:

Richard Ashcroft, Why Not Nothing?,Sweet Brother...

Richard Ashcroft - Words Just Get In The Way