Rian Johnson is to take on a whole new 'Star Wars' film trilogy following his work as director on 'The Last Jedi'.

'Star Wars: The Last Jedi' director Rian Johnson made such a good impression on the heads at Lucasfilm, that he's now been given the opportunity to helm a whole new movie trilogy within the 'Star Wars' universe. Whilst we don't know much about the trio of films that will eventually make their way to the big screen, other than them taking part in a completely different corner of the galaxy with a whole bunch of characters we've never seen before, the filmmaker isn't afraid to open up a little bit about his approach to tackling the movies.

Rian Johnson has some big plans for his 'Star Wars' trilogy

Johnson's already been vocal in remaining strong against the criticisms that 'The Last Jedi' has faced, promising that he's not going to change any of his ideas for the new trilogy simply because of the vocal fan base of the new episodic series. We imagine there's still a lot of work and planning to be done for Johnson's films, but he has a clear path set out on how he wants to tackle them.

Filmmaker Rian Johnson is sticking to his guns for his planned 'Star Wars' trilogy.

Fan criticism is something anybody involved with a huge franchise such as 'Star Wars' has to deal with. No one is more aware of that now than 'The Last Jedi' director Rian Johnson, who won both equal praise and negativity upon the release of the eighth film in the episodic 'Star Wars' series. The movie still managed to rake in over $1.3 billion in the worldwide box office, however.

Rian Johnson is ploughing on with his new 'Star Wars' trilogy

With such a divide came a lot of conversation, with much of it turning towards Johnson's continued influence within the 'Star Wars' world. Set to develop his very own trilogy of standalone films, it's clear the director has made a great impact on those behind-the-scenes. Exactly what we'll see from his new trilogy hasn't been revealed, but we do know it'll be taking place in a completely different corner of the galaxy. Lucasfilm President Kathleen Kennedy clearly has a lot of faith in the filmmaker.

The filmmaker says he "can't wait" for audiences to experience the movie.

Rian Johnson last year brought the eighth episodic instalment of 'Star Wars' to fans in the form of 'The Last Jedi'. Whilst it was a movie that seemed to split opinion right down the middle, he made an incredible impact with both audiences and those working behind-the-scenes, even cementing himself a trilogy of completely new, standalone films set within the 'Star Wars' universe. We imagine we won't be getting any details surrounding that trio of flicks for some time, but Johnson is without a doubt now one of the biggest parts of the 'Star Wars' family.

Standalone 'Star Wars' films are no longer just a pipe dream of fans. 'Rogue One: A Star Wars Story' was released to critical acclaim back in 2016, and now we've got just a few more months to wait until we can unravel some of the origins of one of the franchise's most beloved characters, Han Solo, in 'Solo: A Star Wars Story'.

A 46-minute version of 'The Last Jedi', with all the female characters excluded or heavily edited, appeared earlier this month on a file-sharing site. It's not very good.

Star Wars actors John Boyega and Mark Hammill have reacted with incredulity and derision at a fan’s rather pathetic attempt to re-edit The Last Jedi with its female characters removed.

An angry fan of the franchise took the time to create a “men-only” version of The Last Jedi on file-sharing site Pirate Bay, reducing its running time to just 46 minutes, lopping out nearly two hours of material in response to what he (obviously a he) regarded as the over-population of the latest movie’s plot by female characters.

Laura Dern’s character of Admiral Holdo was cut out of the film entirely, with Daisy Ridley’s Rey and Kelly Marie Tran’s Rose Tico both having their roles drastically reduced. Even the late Carrie Fisher didn’t escape unscathed, edited down so that Princess Leia no longer “scolds, questions nor demotes” the rebel fighter pilot Poe Dameron.

The filmmaker will be expanding upon the 'Star Wars' galaxy.

Rian Johnson is enjoying some huge box office success with his latest big screen release, 'Star Wars: The Last Jedi', despite not all of the sci-fi franchise's fan base getting behind the huge plot decisions that have been woven throughout the movie.

Rian Johnson on the red carpet at the 'Last Jedi' premiere

Despite that, Johnson has clearly made a good impact with Disney and Lucasfilm bosses behind-the-scenes, as it's already been confirmed that the director has been given the opportunity to helm an all-new 'Star Wars' trilogy in the future, that will go to a new corner of the galaxy, introducing fresh characters and unique storylines.

This 'Star Wars' fan wanted to take these heroes on an unexpected journey.

Getting to direct a 'Star Wars' movie would be the opportunity of a lifetime for any filmmaker out there, but for Rian Johnson - who was a die-hard fan of the franchise before he even got involved - this was more than just a major a career break.

Rian Johnson at the 'Star Wars: The Last Jedi' premiere

The director came on to helm the 'Star Wars: The Last Jedi' movie with the enthusiasm of any huge fan of the movie series. He did not expect to be picked for such a major deal, following in the footsteps of someone like J.J. Abrams, it was just a dream come true.

Continue reading: Rian Johnson Puts The Characters 'Through Their Paces' In The Last Jedi

The franchise will be expanding once again with a trio of new releases.

A few weeks back, it was confirmed that 'Star Wars: The Last Jedi' director Rian Johnson had been granted a trilogy of standalone 'Star Wars' movies to work on in the future, allowing his creative juices to continue flowing into the world of science fiction, and one of the biggest franchises on the planet. For fans it was exciting, but ever since the reveal, we've all been chomping at the bit for more details. 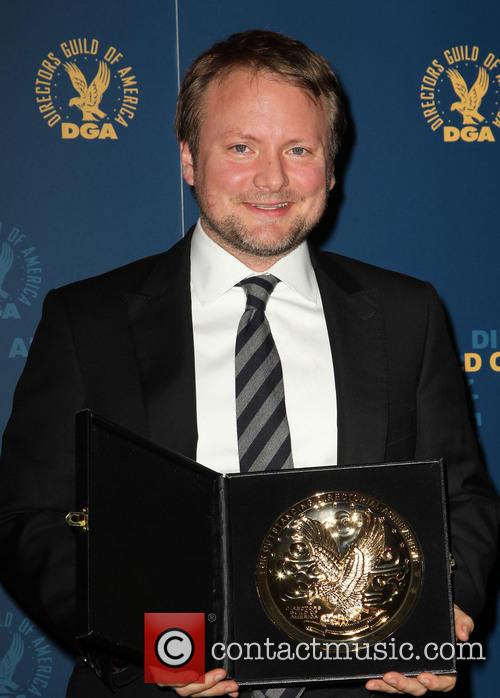 No release dates have yet been confirmed for the trio of films, but many are assuming that they'll come after 2020, when the current episodic instalments have been completed and premiered, as well as the solo Han Solo flick that's set for release in 2018.

The company also announced a live-action TV series for its streaming service.

Disney would appear to be extremely confident about Rian Johnson’s handling of the upcoming Star Wars movie The Last Jedi, revealing that they have green-lit a further trilogy of movies, entirely under the director’s aegis.

The 43 year old director will be writing and directing the first instalment of the planned new trilogy of films, with Johnson’s long-time production partner Ram Bergman working with him.

Although the details are vague at this point, rather than continuing the classic Skywalker-based timeline of the nine existing films, this trilogy will focus on “new characters from a corner of the galaxy that Star Wars lore has never before explored.”

The Irish actor, who plays General Hux in the Star Wars saga, was dazzled by Rian Johnson's script.

After starring in the hugely successful The Force Awakens a couple of years ago, Star Wars actor Domhnall Gleeson has admitted that he only signed up to its sequel The Last Jedi after having been dazzled by the movie’s script.

The 34 year old Irish actor is set to reprise his role as the evil General Hux - the former head of the First Order's Starkiller Base – in the much-anticipated eighth Star Wars movie this December. However, he revealed that he was extremely surprised when he read the movie’s script, written by director Rian Johnson.

Speaking to Collider, Gleeson, explained: “When I read it I needed to talk to him, and I think that's always a good sign. I was like, 'Wow there's some stuff there which is kind of - not scary but different to what I expected,' and that's a really, really nice thing. I think that's a really positive thing, I think that's important for those films that we don't repeat ourselves.”