The early to mid-2000s was an impressive hot bed for British underground rock and hardcore bands of exceptional quality. If you wanted massive sing-a-long anthems you bought 'Ideas Above Our Station' by Hundred Reasons or 'The Remote Part' by Idlewild. If you wanted math-y intellectualism and post-hardcore bluster you bought 'The Neon Handshake' by Hell Is For Heroes or 'Casually Dressed and Deep In Conversation' by Funeral For A Friend. If you wanted obscure, weird freak outs you bought 'Infinity Land' by the younger, hairier Biffy Clyro, and if you wanted blasts of chaotic, political hardcore noise you bought 'A Song To Ruin' by Million Dead. All of these records offered an exhilarating glimpse into what should have been a glorious British invasion in rock music, but if you wanted something that touched on all of these qualities in one place, you bought a Reuben album.

Hailing from Surrey, Reuben were a diverse, often hilarious and endlessly creative force of nature. They sadly only stuck around for three full albums culminating in their swansong 'In Nothing We Trust' which was an astounding but almost completely joyless work of brutality and rage. Before that happened, however, Reuben put out two other albums of stunning quality, including the one they're reissuing - they're magnificent debut 'Racecar Is Racecar Backwards'.

The album still holds up ten years on - but perhaps the only surprise in that statement is that this fresh-faced, youthful album is now a decade old. All of the old classics are ready and present - the searing punk anthem 'Stuck In My Throat', the crossover hit that never was Freddy Krueger, and the rock assault of 'Let's Stop Hanging Out'. These songs are incredibly well crafted and there is not an ounce of fat left on the plate.

Even the songs you don't remember are golden. 'Wrong and Sorry' scorches on its way out of the speakers, 'No One Wins the War' is jagged and witty, and 'Fall of the Bastille' hints at the magnitude of some of the epics Reuben would later craft. The original album features a whole sixteen songs - and they even left off their early calling card 'Scared of the Police' - but the quality never lets up. 'Racecar Is Racecar Backwards' is truly a classic underground album.

Disc two of this reissue is a treasure trove of live tracks and demos but arguably they put all of the best extra stuff on their b-sides compilation 'We Should Have Gone to University' which came out a few years ago. Where radio sessions can be interesting and a little more raw than the studio takes, there is little on offer here for the casual fan, but Reuben die-hards are surely salivating at the chance to hear demos of songs now so familiar and beloved.

'Racecar Is Racecar Backwards' is an album which is genuinely deserving of a reissue, and Reuben are a band we all should have treasured and held aloft as musical Gods. They just don't make bands like this anymore. 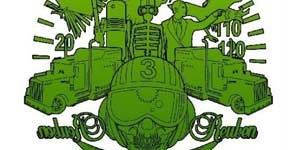 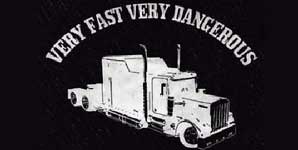