Zellweger To Wear Fatsuit For Bridget? 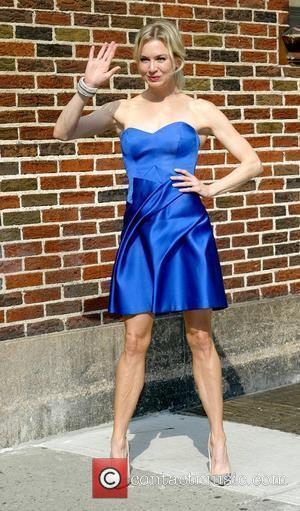 Renee Zellweger won't be piling on the pounds to reprise her role as Bridget Jones - the actress is reportedly planning to don a fat suit for filming.
The petite star has signed on for a third film about the hapless diary-keeper, after the first two movies grossed more than $544 million (£363 million) worldwide.
But instead of embarking on a high-fat diet as she did for the 2001 and 2004 pictures, Zellweger will turn to the wardrobe department to make her appear larger.
A source tells Britain's Reveal magazine, "Renee will be wearing a fat suit in the third film as it took her a while to lose the weight last time. She's also thinking about the effect quickly putting on and then losing 30 pounds (13.6 kilograms) has on her body."
Colin Firth and Hugh Grant are also expected to return to the movie franchise - the upcoming film is rumoured to chart Jones' quest to have a baby in her 40s.